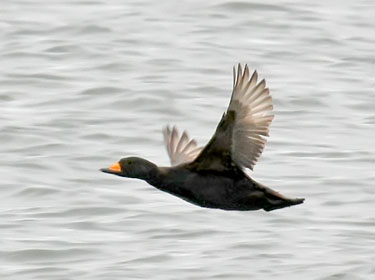 Where in Nebraska: Rare migrant. Usually seen during fall, in scattered locations across the state. Rarest of Scoters in the state.

Fun Facts: While performing the “wing-flap” display of splashing around in the water, they will thrust their head downward making their neck appear to be broken.