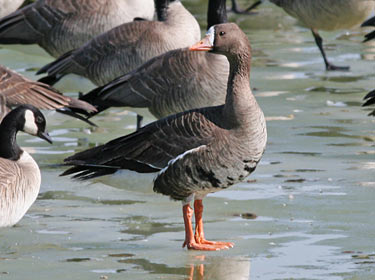 Where in Nebraska: Rare regular summer and winter visitor in central and western Nebraska. An abundant regular spring and fall migrant in the central portion of Nebraska, a common migrant east. Migrating flocks, numbering up to 1 million birds, travel through the central part of Nebraska in spring, generally in the Rainwater Basin and along the central Platte River.