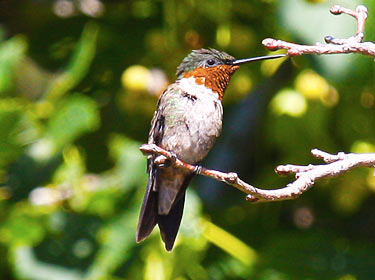 Habitat: Migrants can be seen in city gardens or other areas with nectar-bearing flowers. Breeding done in woodlands, orchards, and parks with large trees, flowering herbs, and shrubs.

Where in Nebraska: Uncommon to common spring and fall migrant and summer resident in eastern parts of the state. Breeding occurs along the forested Missouri River valley. Vagrants occur in the west.

Field Notes: The only hummingbird seen over much of the eastern United States.

Fun Facts: The Ruby-throated Hummingbird flaps its wings about 53 times a second making it seem like they hover. Sexes appear to migrate separately with males first to arrive and depart. 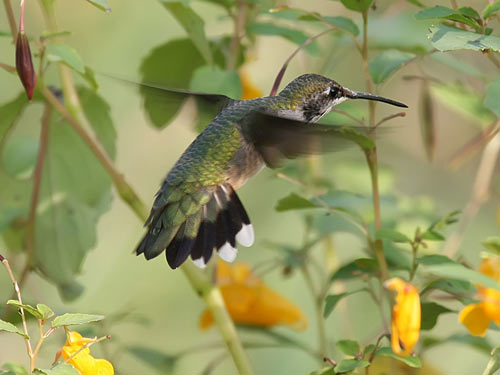 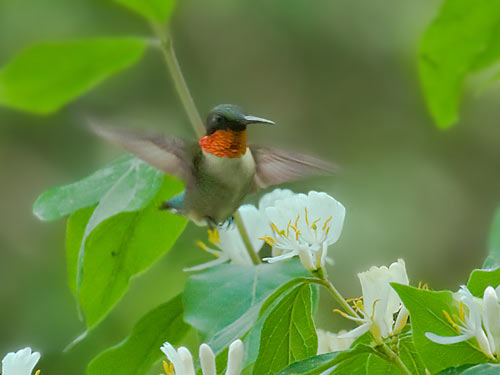