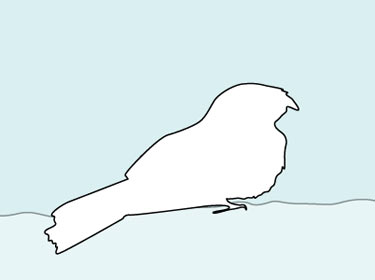 Habitat: Dense woodlands near streams. Woodlands with a mix of oak and pine are the preferred habitat of this species.

Where in Nebraska: Regular spring and fall migrant and presumed summer resident in southeastern Nebraska, but highly local. No breeding records.

Field Notes: Range is expanding in the eastern United States, and may be replacing Whip-poor-wills in some areas.

Fun Facts: Chuck-will’s-widows are nocturnal and actively fly low over the ground to catch insects at night.