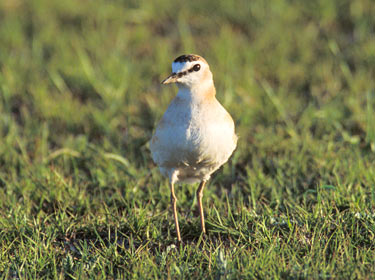 Habitat: Short-grass plains. Sometimes found on sandy flats with some brush or cacti. Prefers to nest in exposed locations, often on bare ground.

Where in Nebraska: Rare spring and fall migrant and summer resident in extreme western part of state. Breeding records for Kimball County, Nebraska.

Status: The nesting habitat of this bird has been greatly reduced due to its prairie habitat being turned into croplands.

Fun Facts: Despite it’s name, not associated with mountains, hills, or even water.