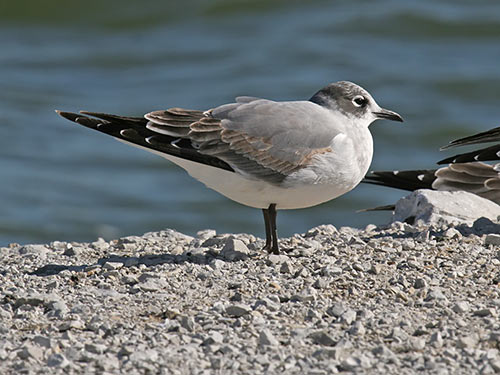 Food: Feeds mainly on insects, including those that are crop pests.

Habitat: Migrants can be found on plowed fields, often following the moving plow in large flocks. Large prairie marshes with extensive areas of semi-open emergent vegetation are used for breeding.

Where in Nebraska: Abundant spring and fall migrant, and rare summer resident. Only known breeding records from Garden County.

Fun Facts: Molts its feathers twice a year unlike other gulls that only molt once.