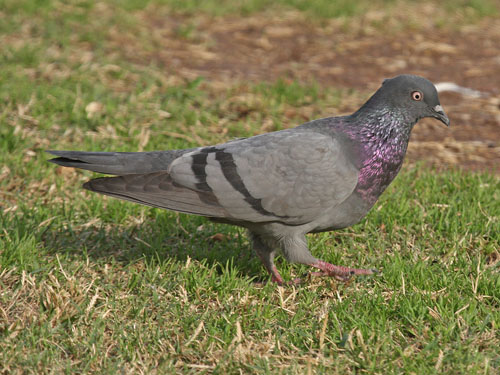 Description: Sexes similar. The familiar city pigeon. Plumage is highly variable: from pure white to brown-red, slate black, and piebald. The most common plumage is blue or ash-gray overall, with a white rump, dark terminal band on the tail, and iridescent green and purple area on the neck.

Habitat: Mostly found near humans in cities and farms.

Where in Nebraska: Introduced permanent resident across the state. There is a limited feral population around the bluffs and cliffs of western Nebraska.

Status: Introduced from Europe by early settlers and is now widespread and common.