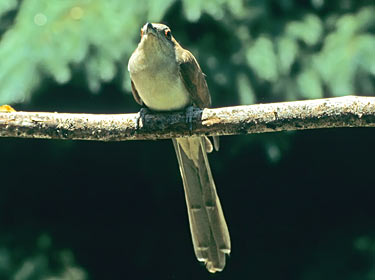 Description: Sexes similar. Long,slender bird. Grayish-brown above, grayish-white below. Rather long, curved bill is all black; but some birds may have a yellow spot on the base of the lower mandible. Primaries are uniformly brown, compared to the rufous primaries of the Yellow-billed Cuckoo. Reddish eyering. Undertail feathers are gray with white tips. Juvenile is similar but with buffy eyering; paler undertail with less contrasting white spots; and underparts may show a buffy tinge.

Habitat: Usually found in dense wooded habitats, especially those with a variety of trees, bushes and vines for nesting sites.

Where in Nebraska: Uncommon to common spring and fall migrant and summer resident across the state. Most common in the northeast, and rarer in the south and west. 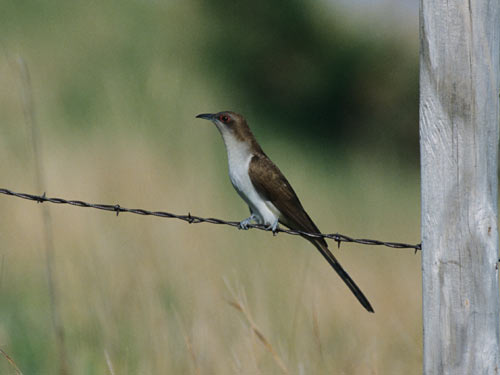