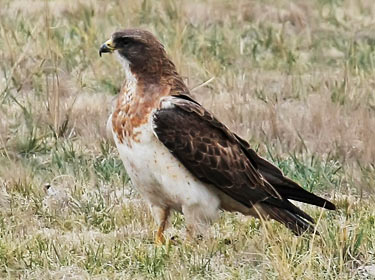 Generally silent. Will give whistled sounds near nest.

Where in Nebraska: Common to uncommon spring and fall migrant and summer resident across the state. Rarer in the east. Regular breeder. None overwinter.

Fun Facts: Swainson’s hawks, although a true hawk, feeds primarily on insects during the nonbreeding season.