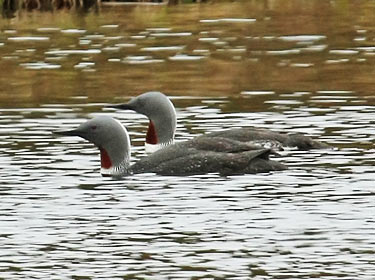 Field Notes: In flight has humpbacked appearance, with head and neck held below line of body.

Fun Facts: Unlike other loons, the Red-throated Loon does not carry its young on its back.