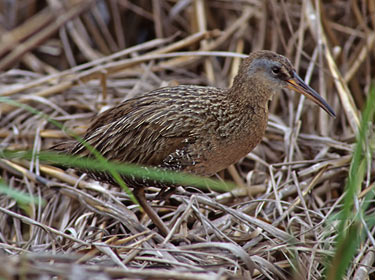 Habitat: Salt marshes with heavy cover, and locally in fresh or brackish marshes.

Where in Nebraska: Accidental. Single specimen resulting from a bird captured in a trap during 1951 in Logan County, Nebraska.

Fun Facts: A group of Clapper Rails is called an “applause”, “audience”, and a “commercial” of rails.