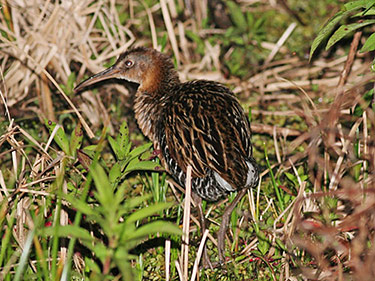 Habitat: Freshwater marshes with plenty of shoreline and emergent vegetation.

Where in Nebraska: Rare summer resident in eastern Nebraska. Probably a local breeder.

Fun Facts: When King Rails catch food on land, they often take the item to water and dunk it before eating it.