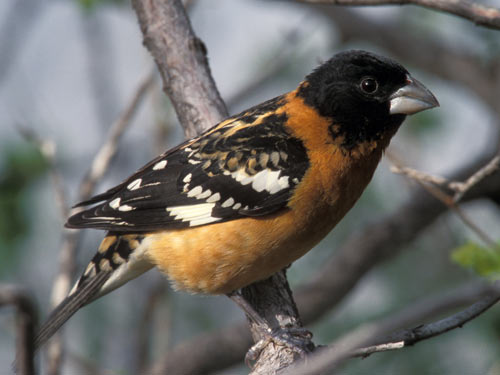 Where in Nebraska: Common spring and fall migrant and summer resident in western Nebraska. Eastern limits of breeding range are confused by hybridization with Rose-breasted Grosbeaks.

Fun Facts: Female Black-headed Grosbeaks sing a simplified version of the male song and has will occasionally sing the full song to trick the male into thinking there are intruders and force him to spend more time at the nest.