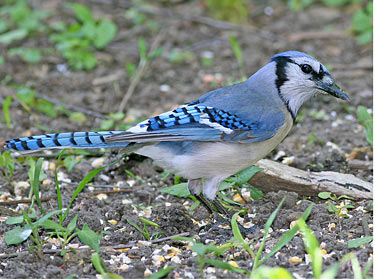 Habitat: Occurs in a variety of habitats, including forests, parks, suburbs, cities, and almost anywhere with a combination of trees and grasslands.

Status: Breeding range appears to be expanding steadily to the northwestern United States.