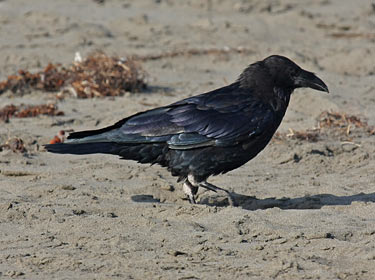 Where in Nebraska: Accidental. Previously occured and probably bred in western Nebraska, but extirpated by 1900. Recent sightings in Scotts Bluff, Adams, and Douglas Counties.

Fun Facts: A very smart bird, it has the “intelligence” and “insight” to match at least that of a dog. In some cultures the raven has been revered as a spiritual figure or God.