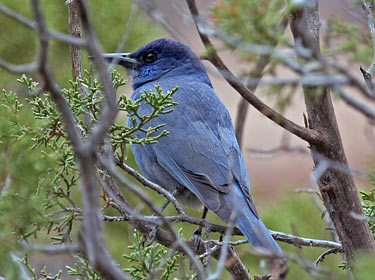 Habitat: Found in pine forests where the soil is fairly dry, and the trees are small and scattered.

Where in Nebraska: Uncommon permanent resident of the Pine Ridge area. Vagrants seen in other parts of the state during the winter months.