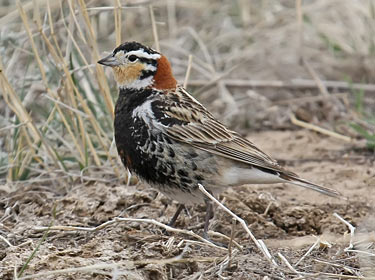 Behavior: Song is heard only on the breeding grounds. Often seen singly or in small flocks.

Where in Nebraska: Common spring and fall migrant and winter visitor in western Nebraska, becoming rarer eastwardly. Breeds in northwestern corner of the state.