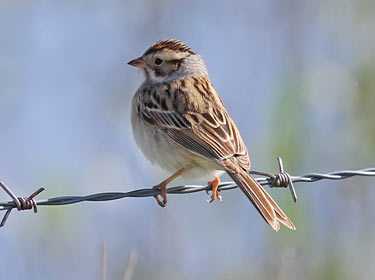 Where in Nebraska: Common spring and fall migrant across the state. Accidental summer resident, with one breeding record from Hall County in 1973.

Fun Facts: Unlike many other birds, Clay-colored Sparrows forage outside their nesting area, meaning they have smaller territories to defend.