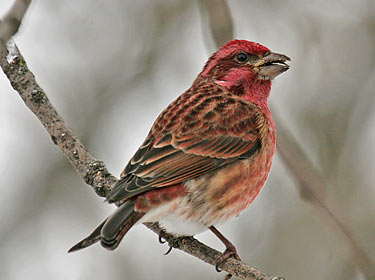 Where in Nebraska: Sometimes seen at residential bird feeders. Uncommon spring and fall migrant and winter visitor in eastern Nebraska and the Pine Ridge. Rare elsewhere in the state.

Field Notes: Birds in the northern U.S. are migratory, but they only move to the southern states.