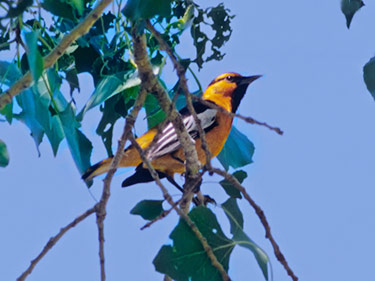 Fun Facts: Both sexes of Bullock’s Oriole sing, but the males and females sing different songs. The song of the female is similar to that of the male, but it ends differently and with harsher notes.

Additional Information: Once considered along with the Baltimore Oriole to be one species, the Northern Oriole. Will hybridize with Baltimore Orioles where their ranges overlap.