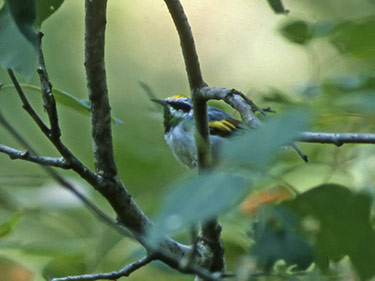 Where in Nebraska: Rare spring and fall migrant in eastern Nebraska. Vagrants occur west to Logan and Keith Counties. No breeding records.

Field Notes: Hybridizes with Blue-winged Warbler, with offspring singing the song of either or both parents, or variations all their own.