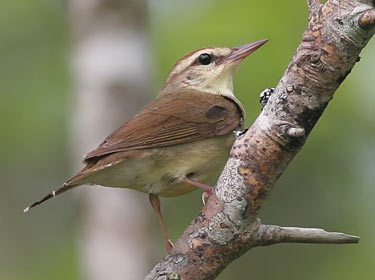 Song or calls:
Song is ascending spiral of varied whistles, becoming fainter until the last notes fade out.

Habitat: Normally found among underbrush in swamps and canebrakes.

Where in Nebraska: Accidental. Specimen obtained from Buffalo County in 1905, and seen in Lancaster County in 1977.

Fun Facts: For such a small bird, it defends a relatively large territory ranging from 7 to 44 acres.