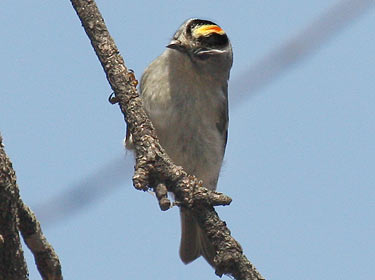 Call is high “see-see-see.” Song is high series of “tsee” notes accelerating into a trill.

Where in Nebraska: Common to uncommon spring and fall migrant, and an uncommon winter resident across the state. Perhaps more common in eastern Nebraska.

Fun Facts: The Golden-crowned Kinglet makes its nest so small that it must lay its eggs in more than one layer.