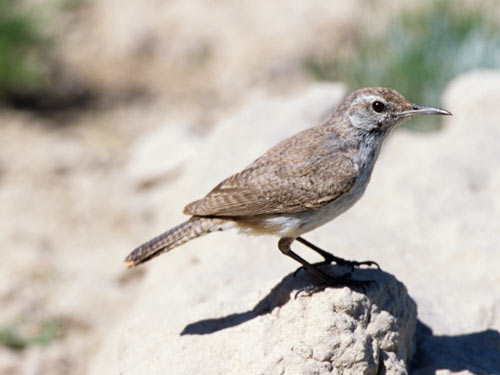 Loud “ki-deeeee.” Song is series of trilling notes on one pitch, cricket-like in quality.

Behavior: Frequently constructs a path of pebbles or rock chips leading to its nest. The purpose of this behavior is not understood.

Where in Nebraska: Common spring and fall migrant and summer resident in western Nebraska, becoming rarer in the east.