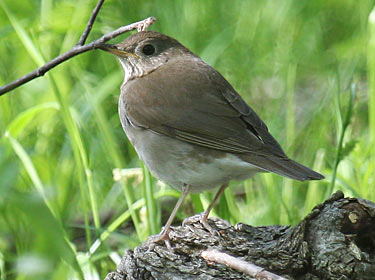 Behavior: Gray-cheeked Thrushes are shy birds, and keep mostly under cover. Searches for food on the ground.

Fun Facts: The Gray-cheeked Thrush looks the same as a Bicknell’s Thrush only slightly larger so another way to tell them apart is their song.