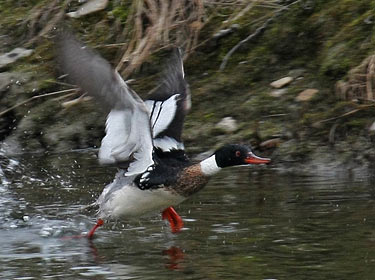 Behavior: Hides nest and eggs among roots, rocks, or in burrows of other animals.

Where in Nebraska: Occasional to rare spring and fall migrant across Nebraska. More common in the east rather than in the west. Rarely overwinters.

Fun Facts: Within a day or so of hatching the young leave the nest and begin feeding on their own. Known to fish cooperatively by driving fish into shallow water.