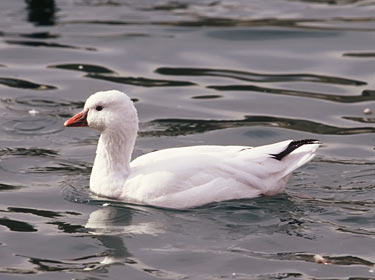 Song or calls:
Similar to high-pitched bark of a small dog; similar to that of Snow Goose, but higher.