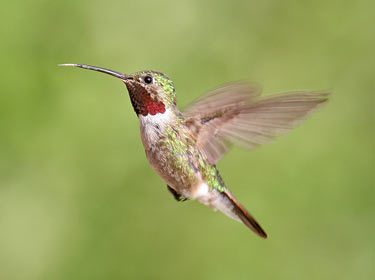 Adult males make a unique loud musical trill with their wings in flight.

Habitat: Migrants can be found in open plains, forest clearings, and mountain parklands. Sometimes appear in gardens and at hummingbird feeders.

Where in Nebraska: Occasional fall migrant in extreme western parts of the state. Most sightings are from Dawes and Scotts Bluff Counties.

Field Notes: Known to nest in the same tree or bush year after year,a phenomenon known as philopatry. 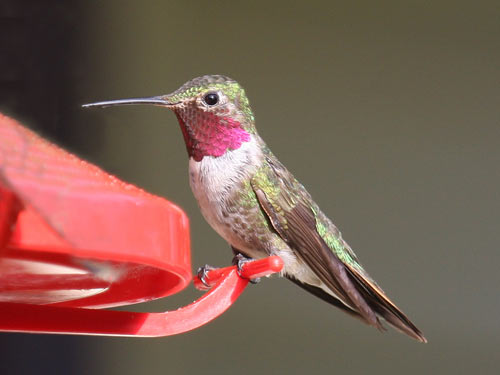 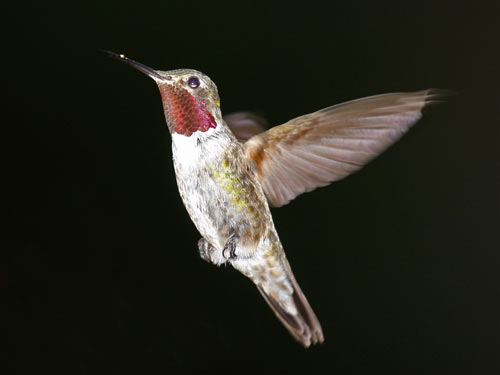