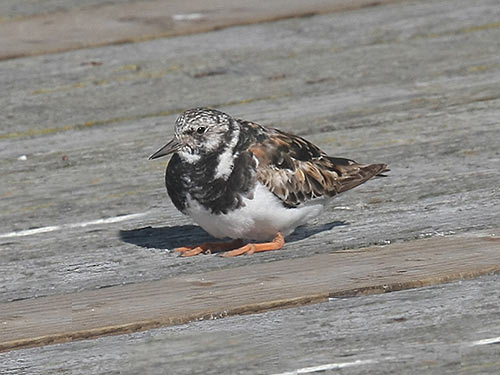 Behavior: Distinctive feeding behavior of turning over shoreline debris and rocks to get at food gives the bird its common name.

Habitat: Migrating birds can be found on mudflats, shallow ponds, and ploughed fields.

Where in Nebraska: Occasional to rare spring migrant in eastern part of state. Rarely seen during the fall in Nebraska. Rare casual fall migrant statewide.

Fun Facts: Ruddy Turnstones get their name from their feeding behavior of turning over stones and other objects to look for insects. Females migrate before young fledge.