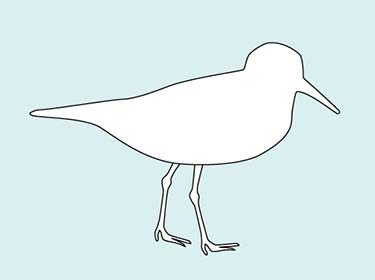 Where in Nebraska: Accidental. Breeds in Siberia, and most sitings in the lower 48 states are of juveniles.

Fun Facts: Sharp-tailed Sandpipers are often found in small flocks and will crouch in vegetation when alarmed or threatened.