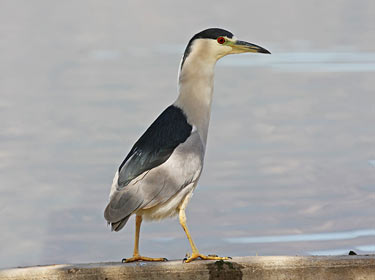 Behavior: Roosts in groups in trees diurnally and usually forages at night.

Where in Nebraska: Common spring and fall migrant statewide; local breeder in the central portion of the state. Rare breeder elsewhere.

Fun Facts: They will lure prey, such as frogs or small fish, by making small vibrations in the water with their bill.