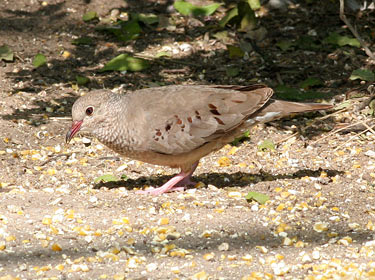 Habitat: Forages on open ground in mesquite, brushy rangelands, and on roadsides.

Where in Nebraska: Hypothetical. Reportedly seen in Lincoln, Lancaster County in 1976, and at DeSoto National Wildlife Refuge in 1979.

Field Notes: One of the world’s smallest pigeons