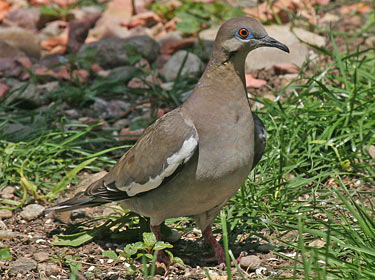 Harsh cooing similar to a crowing rooster; likened to “who cooks for you-all.”

Where in Nebraska: Rare, but increasing; spring and fall migrant; and summer and winter visitor statewide.

Status: These birds are considered game in their normal range.

Fun Facts: Although White-winged Doves are found primarily in the Southwest their range is expanding across the United States.