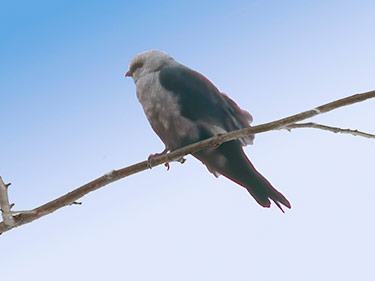 Song or calls:
Most common call is a high whistled “phee-phew.” “Phee-ti-ti”

Food: Mississippi Kites catch insects on the wing, and will also take ground prey such as frogs and mice.

Habitat: Scrub and open woodland habitat near water. Rare. Seen across the state.

Where in Nebraska: Rare. Seen across the state. Breeding has occurred with a single pair since 1991 in Ogallala, Nebraska.

Fun Facts: The Mississippi Kite often attacks people who venture too close to its nest, especially in urban areas.