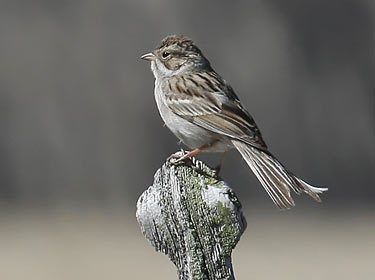 Song is varied series of bubbling notes and buzzy trills, all at different pitches; often prolonged.

Field Notes: Has two distinct nesting populations, one in meadows of Yukon Rockies, and another in sagebrush deserts.

Fun Facts: The Brewer’s Sparrow can survive for extended periods of time without supplemental water, getting all they need from food.