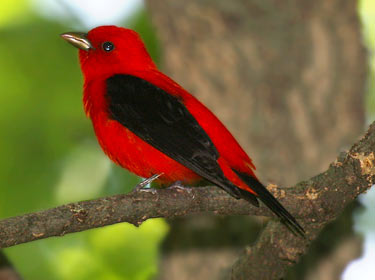 Fun Facts: The female Scarlet Tanager sings a song similar to the males to answer his and while she is gathering nest materials. Females tend to forage higher in trees than males and also they do more “hawking” for insects.