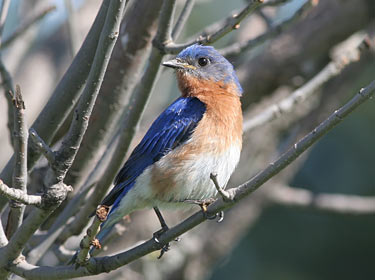 Where in Nebraska: Spring and fall migrant across the state, most common in the east and rare in the extreme west. Common summer resident in eastern areas, and local breeder in the west.

Status: Serious population decline in recent decades due to competition with Starlings and House Sparrows for nest sites. Specially designed nestboxes and concerned birdwatchers have resulted in a promising comeback.