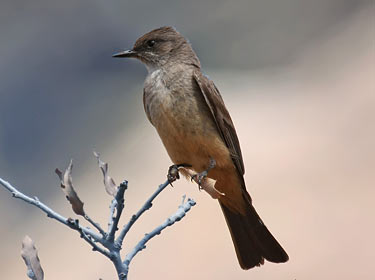 Habitat: Often nests under bridges or on horizontal ledges of buildings.

Where in Nebraska: Common spring and fall migrant and summer resident in western Nebraska.

Field Notes: Vagrants are seen east to the Missouri River.

Fun Facts: The Say’s Phoebe breeds farther north than any other flycatcher; its only limitation is suitable nesting areas.