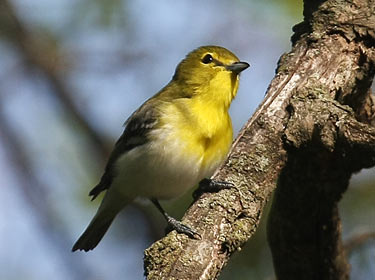 Where in Nebraska: Uncommon spring and fall migrant in east, and uncommon summer resident in forested valley of Missouri River and west along various rivers to at least Garfield and Hall Counties.

Status: Appears to be declining in the northern part of its range.