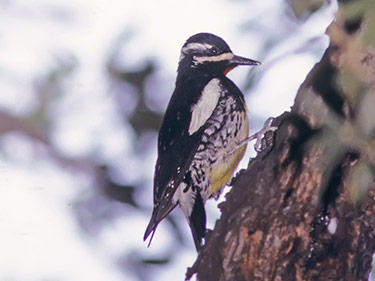 Field Notes: During the winter these birds either migrate south or move to lower elevations.

Fun Facts: The female and male Williamson’s Sapsucker look so different that until 1873 they were thought to be separate species.