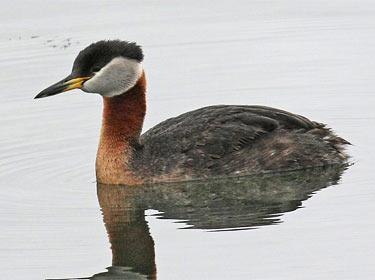 Song or calls:
In spring and summer both sexes utter courtship notes that begin with a series of loonlike wailings.

Where in Nebraska: Accidental visitor in summer. Rare casual fall migrant across the state. No breeding records in Nebraska.